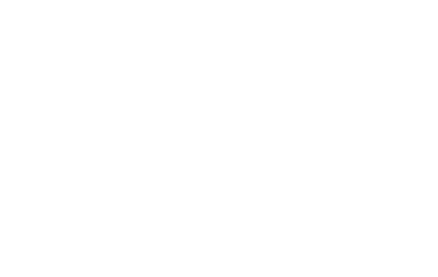 The work created will become the property of the student.

Students may acquire the sculpture created by paying an additional price for the material used.

The course will be divided into 2 sessions of 2 weeks each, lasting 6-8 hours.

For both sessions, the following will be provided:

The course will be divided into two levels:

* The student has the opportunity to consult previously with the workshop organizers in order to better evaluate the technical and practical possibilities of replicating any works other than the selected models already present.

In addition, for works deriving from a commission for third parties that require more time for finishing, the standard rental rate will be applied, in addition to the cost of the course itself, based on the additional time required.

For copies made from a model chosen from our plaster cast collection, the work may be acquired by paying an additional cost for the material.

For any works to be done on commission, the material to be sculpted is not guaranteed; however, it will be possible to purchase any pieces available in our yard.

A model, a plaster coating, then the wax, then plaster again and lastly the oven and the bronze.

Many steps are needed to make a sculpture using the “lost wax” technique, but the procedure makes it possible to create large works easily, even in a single piece.

Known since ancient times (the most famous works created with this technique are the Riace Bronzes), it fell into disuse in the Middle Ages, and then in the Renaissance it became popular again among sculptors such as Lorenzo Ghiberti.

The work created will become the property of the student.

He was born in Foligno in 1970. In 1995, he began to study sculpture under the guidance
of Maestro Edgardo Abbozzo and Bruno Corà at the “Pietro Vannucci” Accademia di Belle Arti.

In his first year at the Accademia, he was awarded first prize for sculpture in the competition
I giovani e l’arte, curated by the Antonio Canova’91 Association. The members
of the jury included the Peruvian sculptor, Maestro Joaquin Roca Rey and Maestro Nino Caruso

In 1998, he was awarded a three-month Erasmus scholarship at the Barcelona University of Fine Arts. At the request of the Lions Club he made some bronze reliefs for the façade of the “G. Palmer” shelter accommodation in Foligno.

In September 2000, he graduated with a first class degree in sculpture from the “Pietro Vannucci” Accademia di Belle Arti. In May 2001, he was awarded first prize for the “Edgardo Mannucci” Sculpture Award, curated by the International Rotary Club of Arcevia (An).

During October 2013, he attended the engraving department at the SVA, the New York Visual Art School, where he created his first engravings.

He is currently working on the Monument to the Fallen of Agliano, which will be erected at the Town Hall of Campello sul Clitunno. He prefers to sculpt materials such as marble, ceramic and bronze, which he casts in his workshop using the old technique of lost-wax casting. Many of his works can be found in private collections in Italy, California, New York, Osaka, London, Luxembourg, Spain and France.

He has taken part in numerous, collective exhibitions in Italy and abroad, some of the most recent of which include:

The artist, Armando Moriconi, has a “classic” vision of sculpture. Nevertheless, his works have a contemporary feel.

Since his first works in the mid-nineties, he has dedicated himself to searching for a return to nature that is not only dynamic and tense, but also a plastic transposition of organic material. To do so, he successfully turned to twentieth century masters such as Costantin Brancusi first and foremost, who was highly skilled in transforming material into basic shapes, polished to the extreme. Moriconi absorbed the latter’s obsession with “finished”, compact surfaces, capable of conveying the feeling of the material’s weight and energy. Whether it’s a bas-relief or a sculpture-in-the-round in ceramic, marble or bronze (his favourite materials), we can see dynamic folds and soft shapes that are not in the slightest aggressive, thanks to which the sculpture achieves an inner equilibrium.

Moriconi’s mindful choice of materials comes from respect, which sometimes becomes fear to strike the block. Fear and at the same time man’s inborn need, which is tenderly appeased by “doing”.

Moriconi is fascinated not only by the expressive opportunities offered by the different sculptural materials, but also by the specific techniques for each one of them according to the characteristics of metal, stone or ceramic. As regards the latter, for example, he has focused on experimenting with the Raku technique, which gives gold, iridescent highlights, and investigated the contrasting glossy/matt effect of surfaces to achieve the feeling of organic material.

Moriconi’s marble sculptures are unusual in that their surfaces are polished to perfection until they shine and appear soft. Their delicate, abstract patterns lead onlookers to perceive a feeling of life in his works, without being able to recognise a particular shape.

When the artist works with bronze, he reinstates the sculptural tradition in full, and creates works using the old, obscure technique of lost-wax casting, which requires skill and experience. The artist’s alchemy blends a classic feeling to finish the castings with a patina of unpredictable colours as a result of the chemical reactions.

The ability to create his works makes Moriconi a complete artist, for whom the idea, the concept of a work is as important as its creation. Armando Moriconi’s ideas and manual skills are indistinguishable within the artistic process, where one cannot exist without the other.

with wire and paper maché

Her action, always based on the clear awareness that only the knowing and determined work of the artist can give rise to that passing from “chaos,” inherent in the raw, inanimate material, to the “thing” rich in vitality, which by transforming pure virtuality into the concreteness of being, inevitably leads to the manifestation of form like the arising of life from light…