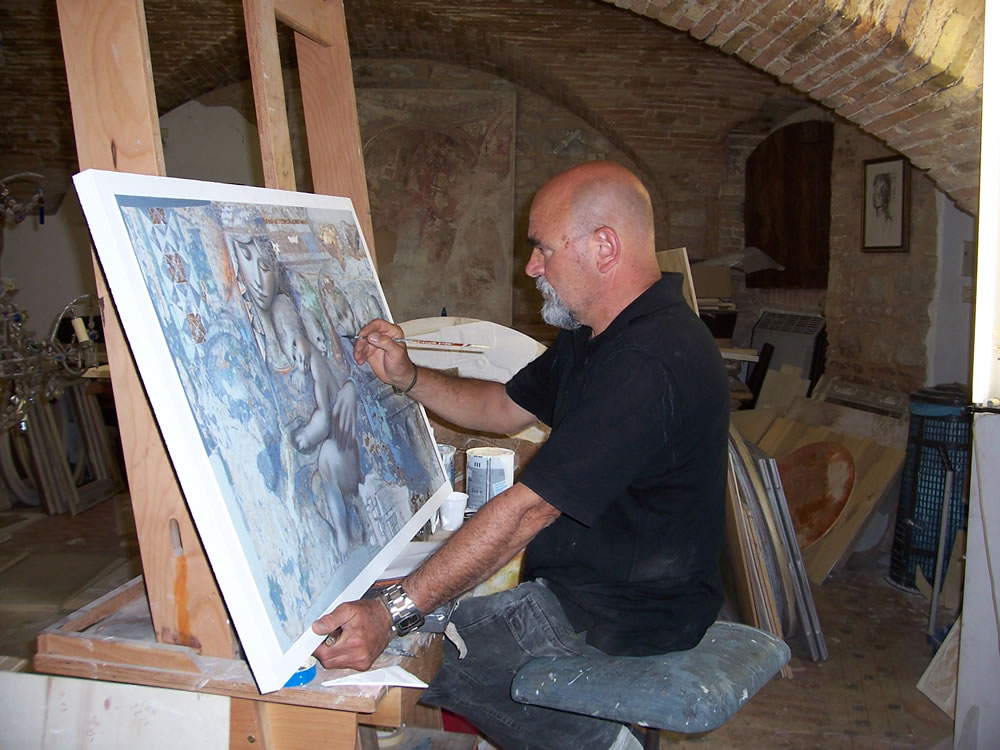 Introduction to fresco technique and materials;
Preparation of sinopia, Cardboard and dusting.

Application of plaster
Execution of painting

Explanation of detachment;
Application of tarlatan canvass with adhesive;

Detachment, Stuccoing of back, Canvas applied to back

Elvio Marchionni was born in Spello in January 1944.

In 1963, he attended the Bernardino de Betto Art Institute in Perugia, where he fell in love with restoration and medieval art, specialising in medieval painting techniques.

His studies at the Art Academy and experience with restoration masters have led his art to express great awareness of the past as the essence and an extension of the future. His study of ancient masters is clear right from his early exhibitions in the ‘70s, where he experiments with matter worn out by time and weather. Marchionni manages to pull out a figure from rough plaster. Symmetry and the balance between masses, shapes, lines, and colours are his idea of beauty.

After studying the divine proportions from the great masters of the past, he delves into post-war art and the American Avante-Garde of the ‘60s. His interaction with major pop artists and the Transavantgarde is clear, although he never takes it too far with showy colours. Everything is always dimmed down, soft, but still there.

1970 is the year he opened his studio in Spello, next to the Santa Maria Maggiore Basilica, which houses masterpieces by Pinturicchio and Il Perugino and, since 1984, Marchionni’s Madonna della Collegiata.