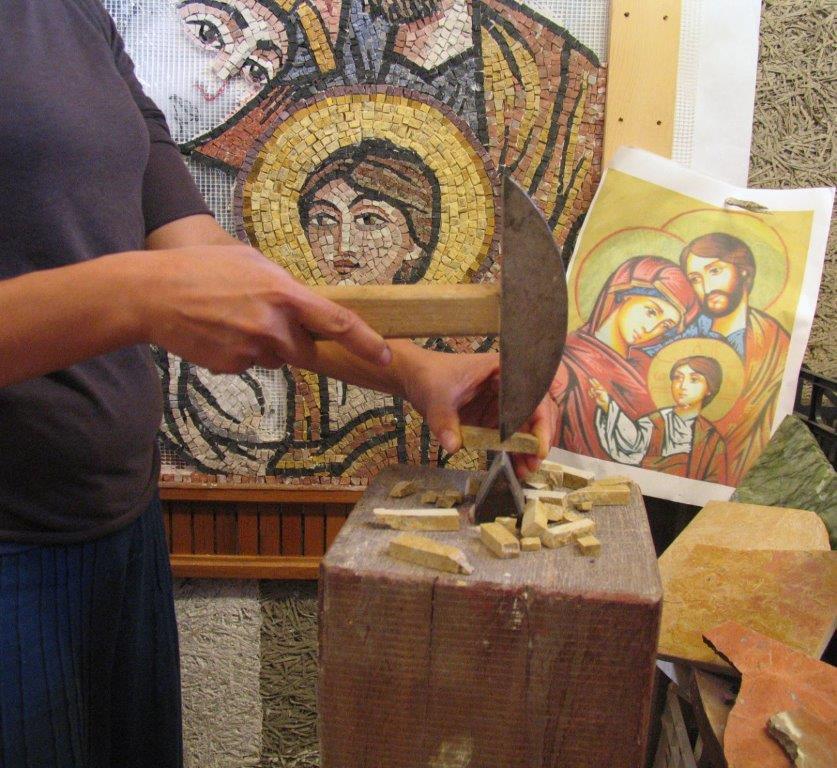 Franco Prosperi he was born in Tunisi in  1939. His father Francesco, was among the most known Italian sculptors, he was his first teacher and he developed the artistic activity and of teaching in the School of Italian Art to Tunisi between 1935 and the 1943. In his family to Assisi artistic formation has been being handed down for tradition for centuries of father in child. From this it substantially springs, besides his authenticity of inspiration and expression, also the deep and serious knowledge of the most complex techniques of the sculpture and the painting, completes then with the study of the graphic arts and the incision near the institute of art “Bernardino of Betto” of Perugia, Italy.

Its works are an authentic voice of the natural spirituality and the harmony, characters of Umbria region for tradition, but express in ways, and to levels, elevated and continually new, that spring from a constant and deepened search, not only brought on the artistic plan but also on that philosophical and human.
Its attention is turned above all to “communicate”, more than to the definition of a recognizable style, and it is for this that every work of his always appears every new time, in the ideas, in the materials and in the style.

From 1960 to 1965 he has worked in Milano in the study of architecture of Franco Albini (teacher near the Faculty of Architecture in Venice) and Franka Helg. In this study, among the most important in the history of the modern architecture, he has participated in works of planning of galleries of contemporary art as that Marlborough in Rome and Brera in Milan. And’ is teacher of drawing and history of the art in the High school Pedagogic R. Bonghi in Assisi. From 1975 to 1980 he has taught History of the art and Artistic Techniques in the University for Foreigners of Perugia and currently it directs seminars and courses of art applied of “Architecture of the sculpture” for foreign university in the laboratories of the Center of restauration of the Prosperi’s Museum of Assisi www.museoprosperi.com
He develops studies of search of history of the ancient and modern art, he has published works and books of artistic investigations of the medieval age of the monuments of Assisi.

From 1960 to today the artist he has incessantly produced a lot of works of sculpture, in many different materials (in pink stone in Assisi, alabaster, marble and hard stones, synthetic resins, bronze, gold and silver), as well as a lot of works of painting, of small and great dimensions, and of printed graphics with press to hand, among which also numerous books of art of which documentation exists in its site www.francoprosperi.it
Your fortune and the choice to work in its studio house-museum from him founded that it opens on the Street S. Francis to Assisi to the N°11, that is also a permanent exposure of his works, has allowed him to establish the direct relationship with an international public. Its works are gatherings in private collections and museums of every part of the world.

Monuments and museums in which they are documented works of Franco Prosperi:

We use cookies to ensure that we give you the best experience on our website. If you continue to use this site we will assume that you are happy with it.Ok